WNCC’S 20th Anniversary coincides with the 19th Annual Bible Lectureship that was held from the 6th of August through the 9th of August 2019. Precisely, the Anniversary was celebrated on Thursday, 8th of August, 2019. The resplendent celebration commenced at about 1 pm with Mr. Moses, the anchor man calling the occasion to a start. Members of the high table were invited to take their seats as the President took the audience down memory lane.
WNCC according to the President, had a very humble beginning. However, through the efforts of the African Schools Foundation, the college have made some amazing progress but much is still begging for immediate attention to meet the requirement of the Nigeria University Commission in order to be accredited as a degree awarding institution.
The twentieth anniversary celebration had some major highlights and one of such was the launching of an unbosoming book titled “AMERICAN ANCESTRY OF CHURCHES OF CHRIST: The Nigerian Legacy” by Dr. Biodun Owolabi, the President of the college. Key players at the launching were, Dr. P.S Egure, as the Father of the Day, Bro. Samuel Abolarin as chief launcher, Eng. Benson Bankole as the co-launcher and a host of other distinguished personalities from both home and abroad.

Another spotlight of the celebration was the unveiling of the exploits by WNCC’S graduates. The Ag. Dean, Alumini and Church Relations, Emmanuel Adeoye read out the names of some graduates and the exploits they are doing out there. Those singled out include; Nicholas Kofi Anderson who hails from Municipality central region of Ghana. He attended WNCC in 2002-2004. After his graduation, he was able to established a congregation in 2004, after baptizing three souls and presently, the church has grown to about forty-seven membership comprising of 30 adults and 17 children.
Similarly, evangelist Kumayon Olusegun, who hails from Aiyede in Ado-Odo Ota local government of Ogun state, graduated with a Diploma in Biblical Studies from WNCC in 2003, and Advance Diploma in Christian Ministry in 2006, he has planted congregations and has ordained Elders and Deacons at Jakpa congregation in Delta state Nigeria where he currently serves as the preacher of the congregation.

Of note also is sister IQUO ASUQUO from Nsit Atai L.G.A, Akwa Ibom State. She graduated from WNCC in 2004, and she is currently the Secretary of Daily Call. She has published four books for the purpose of raising women & children in the church and they include: “The Wise Bible Quiz” Vols. 1 & 2 published in 2003, “Gold for Women of God” Part I with its Yoruba version “Wura Fun Awon Obirin Ti Olorun” in 2006, “Gold for women of God” - Part 2 published in 2011 and “Gold for Children of God” Book 1 & 2 in 2015 and 2017 respectively.
Others are Brother JASPER KIZITO, He attended WNCC in 2012-2014 and is currently a lecturer at WNCC; brother Wilfred Okoro Egboson, 2003-2005) has planted two congregations & presently working on his home congregation in Enugu state Nigeria. Brother Daniel Ogunjimi graduated in 2005 and is currently the Preacher of the Church of Christ, Igboya, Ile Ife, Osun State. So far He has recorded 43 baptisms.
Sister AKINTUNDE ADEJUMOKE who attended WNCC in 2007-2009, was not left out as she has written several evangelism tracts and through her personal evangelism efforts, five souls have been led to the Lord in the last three years. Interestingly, Jumoke is now back on campus as a tutor in Agricultural Science with the International Christian Academy (ICA).
A very touching moment of the occasion was the remark of the book writer. We all can attest to the fact that writing a book is not an easy task, yet, after going through the rigors of writing, Dr. Biound Owolabi pledged that whatever is realized from the sales of the book, will be used to provide portable drinking water for the people living in Lakiri village of mile 7, just opposite the college. Presently, the villagers are depending on a shallow stream as the source of their water supply and during the dry seasons, it is extremely difficult for them to get water from the stream. With the fulfillment of this project, they will have a healthy and lasting water supply and their joy will know no bounds, God will be glorified and the Church will be held in high esteem. We sincerely thank the President for his selfless sacrifice and pray for more inspiration to write more books that will transform many lives. The anniversary celebration came to a close after the cutting of the anniversary cake and the sales of book to the audience. We can confidently say on the plus side; we have made some significant gains in the twenty years of WNCC’s existence. These have been sufficiently important and justify all the efforts and sacrifices. Our sincere prayer is that, all who are laboring to oil the wheel of progress in WNCC will never lack seed to sow in Jesus name-Amen.

Thank you for reading... 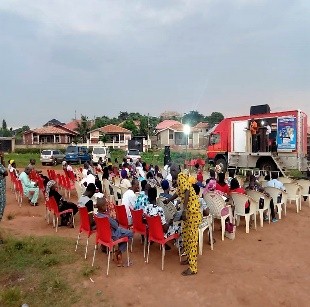 EVANGELISM: THE ESSENTIALS OF SOULS WINNING 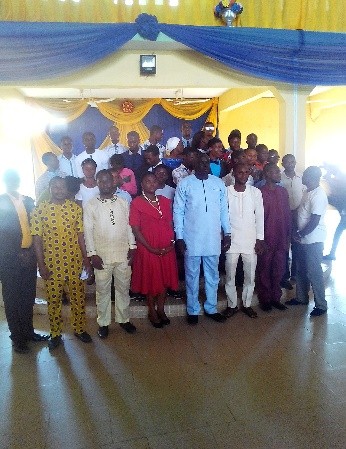 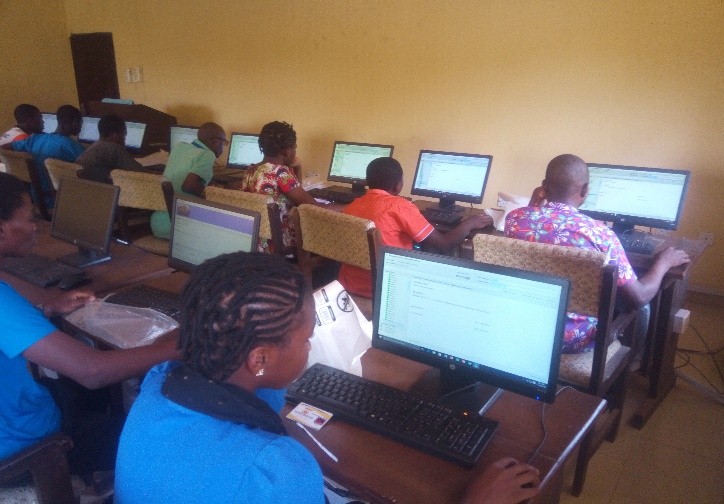 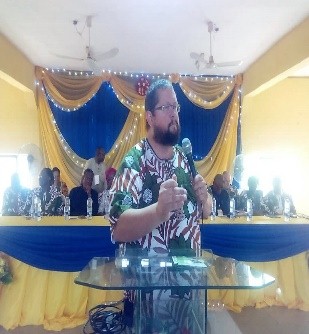